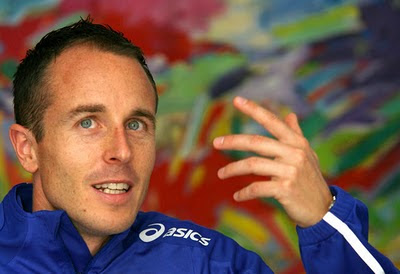 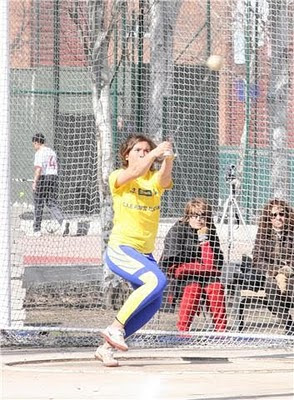 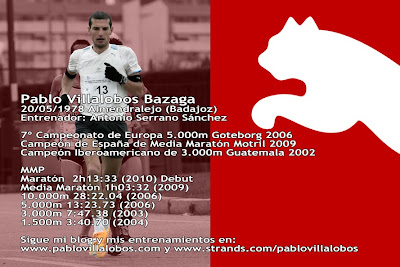 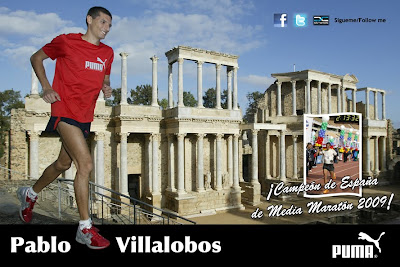 The marathon world-record holder has invested the wealth he has accumulated as an athlete into improving life in his native Ethiopia.
By Joe Battaglia, Universal Sports Posted: Mar 22, 2:00p ET Updated: Mar 23, 5:00a ET


NEW YORK -- As Haile Gebrselassie strode through Times Square wearing an adidas polo shirt and black jeans on Friday, he was hardly discernable from the thousands of other people who had come out to enjoy the spring-like afternoon.

Two days later, in his red and powder-blue running shorts and top, the Ethiopian barely had a moment to himself on the start line in the seconds before the horn sounded to begin the New York City Half-Marathon, a race he was the featured athlete in but did not finish.

When in his element, Gebrselassie is recognized by all for his myriad triumphs, two Olympic gold medals, and 27 world records. He is the best distance runner of this generation, and perhaps any generation.

But on the continent of Africa, the 36-year-old is much more than a star runner. In Ethiopia, a country only now rising from decades marked by periodic droughts, famines, and civil conflict, Gebrselassie is a man eager to use the considerable fame, prosperity and influence he has earned through athletic success to empower the less-fortunate and strengthen his homeland.

"We have a problem with public image in Ethiopia," Reta Nega, ambassador for the Permanent Mission to the United Nations, explained. "The media only reports on a lot of our problems. But we have a lot to offer to the world. We have a great country with diverse cultures and a vibrant a developing economy that is being recognized by the world banks. We are one of the leading nations in Africa. We have plans with Haile to build the image of Ethiopia."

Although it has one of the fastest growing non-petroleum economies in Africa, Ethiopia remains one of the continent's poorest countries. Almost two-thirds of its people are illiterate. It's economy, which revolves around agriculture - approximately one quarter of the population derives income from coffee, the country's chief export - is dependent on rainfall.

Ethiopia's location a high plateau on the Horn of Africa means it has a warm climate. , with two rainy seasons, a shorter one from February to April and a longer one, called kremt, from June to September. When rainfall during kremt is not substantial enough, particularly in the lowlands of the northeast and southeast, the country succumbs to droughts, which wreaks havoc on the agriculture and economy.

The country endured a number of droughts during the 1970s, but Ethiopia was devastated in the mid-1980s by a drought of unseen proportions and the resulting famine.

By 1984, the drought had resulted in almost total crop failure within the country. The Ethiopian government was unable to provide relief and supplies from international organizations were hindered by the country's ongoing border war with Eritrea. The drought and hazardous conditions for relief workers continued into 1985, and by the following year the famine had spread to the southern highlands and the country's problems were exacerbated by locust plagues.

Although conditions improved, Ethiopia is still susceptible to drought and famine. In 2003, about one fifth of the country's population was left without food and tens of thousands of people died as a result of starvation and malnutrition.

That year, the Ethiopian government and the United Nations launched a joint appeal for 1.46 million metric tons of food aid and $81.1 million non-food assistance to help over 14 million people.

In 2004 the government began a drive to move more than two million people away from the arid highlands of the east in an attempt to provide a lasting solution to food shortages. Today, many Ethiopians depend on food aid from abroad.

Gebrselassie understands the need, but says a free flow of foreign aid the easy way out.
"I always ask (American) journalists, how many years have you been helping this country, how many years have you been sending food to Ethiopia or Africa?" Gebrselassie said. "But if we learn to help ourselves, we help America and Ethiopia. In the future, when you send something, don't send us things that make us lazy. Food, for me, is like a temporary solution. A solution that is long lasting must be something to transfer knowledge, something that shows how to change the situation, how to change the country. I like the saying, ‘Don't give a man a fish, show him how to go fishing.'

Gebrselassie's approach to helping his fellow Ethiopians is the same that he takes as a father.
"Sometimes, when I am home, I watch my wife with my son and when he falls, she runs, ‘Oh my little baby,'" Gebrselassie said. "I yell at her, ‘Leave him! Leave him! He is going to fall. Let him fall and learn to stand by himself.' That's what I want to see from anybody because when you fall down and pick yourself up, it builds confidence."

Rather than donate money to various charitable causes, Gebrselassie decided to invest in the country's future and that of its people.

When in Ethiopia, Gebrselassie often chooses to wear the shemma - a white cotton shirt draped with a colorful sash, white trousers, apron and sandals - the traditional dress of the Ethiopian male, because by not wearing imported clothes, he can support local manufacturing.

He owns two office buildings in Addis Ababa, the country's capital. One of the buildings houses an Ethiopian Airlines bureau, a United Parcel Service (UPS) branch, a café, a gym, and a construction company. He owns the Olympic Café, which is run by his older brother, Zergaw. He oversees a construction company with the help of another brother, Assefa. He also owns car dealerships.

Gebrselassie's construction company has built two schools, an office building, the most modern movie theater in Addis Ababa, and is about to open the Haile Resort, a hotel in Hawassa, a Rift Valley town about a three-mile drive outside of Addis Ababa.

"It's about three hours drive from Addis and it took two and a half years to build," Gebrselassie said. "There are 120 rooms, with pools, gym, mini-golf, but also a 600-meter running trail. It's a big compound, with wild animals outside, lions, elephants, giraffes, camels, leopard, and cheetah."

It is estimated that Gebrselassie's business empire employees between 750 and 1,000 Ethiopians.

"Everything I have, I invest in Ethiopia," Gebrselassie said.

"In our country there are so many poor people, but taking care of people is not just about giving them food or money," Isaac said. "What we need is for Ethiopians to create their own opportunities. The hotels that Haile builds and his other enterprises are really helping poor people find employment.

"As for the hotel, a place like Hawassa where he is building right now has tremendous potential for tourism, which can enrich the country. Egypt makes billions of dollars from historical tourism. Kenya gets money from animal tourism. Ethiopia has both. We have historical areas in the north and where Haile's hotel is, we have animals for safari there.

"I think it is important that people realize that this man is not just a runner. I used to joke with him. I'd say, ‘I don't know how you run, but I know you have a good mind and a good heart.'"
One of a kind

Gebrselassie is most likened in marathon stature to Bikila, who became the first black African athlete to win Olympic gold at the 1960 Games in Rome, and claimed a second gold in Tokyo four years later.

Isaac said that Bikila's impact in Ethiopia was more of a symbolic one than that of Gebrselassie.

"There is no question that Bikila had a tremendous impact because he was the first one to win an international race such as the Olympic marathon," said Isaac, who served as an interpreter for Bikila and Wolde when the two spent time in the U.S. during the late 1960s.

"To have our runner, barefoot, conquer Rome so to speak, made a significant political impact. People always need a spiritual role model. But the world has changed since then and Haile is having a much greater impact politically through his work in commerce, development and industry."

When asked to compare the two, Isaac added, "There is something similar in that they are both people of stamina, patience. But in some ways, Abebe was more arrogant. Haile is a very humble guy, very self-effacing."

Gebrselassie was six months old when Bikila died in 1973 from a cerebral hemorrhage, a complication related to the automobile accident that left him a quadriplegic four years earlier. He said Bikila's aggressive nature probably stems from his employment as an imperial palace bodyguard. The man he takes his cue from was much gentler.

"Nelson Mandela is everything," said Gebrselassie, who met Mandela at the 1996 World Cross-Country Championships in Cape Town, South Africa. "He teaches you patience. He teaches you forgiveness. That's why he is the one I admire a lot. He is not only for Africa. He is for everyone. If we can learn anything from an African, we can learn a lot from this man."

Isaac said that politicians in Ethiopia have a lot to learn from Gebrselassie too.

"Two years ago, we organized a conference in Ethiopia of government officials and this conference was the first time that many of these politicians ever talked to each other," Isaac said. "The highlight of the symposium was going to be Haile speaking to the group. He brought along a video and showed that when he won the 10,000-meter race in Sydney, he was hugging and smiling with his competitor, Paul Tergat, a Kenyan. All of the politicians sitting there were embarrassed.

"I think Ethiopians, particularly young ones, their minds are always on politics and their role models are mostly politicians, kings, lords, emperors. In Ethiopia, there is fighting with the political parties, disagreement, conflicts, and, sometimes, bitterness. We need new role models for young Ethiopians, someone like Haile who is an athlete, a businessman, and someone who creates avenues for peaceful dialogue between people."

Gebrselassie said he has no immediate plans to give up his running or business ventures to enter into the political realm.

"Politics is difficult, he said. "Let me do some other jobs first. If I become a politician, I might feel that I won't do much more things. Maybe where I am working now, I accomplish more. I feel very positive about my country. The money I have from Europe and America, I am trying to invest in Ethiopia.

"I do not want to be selfish. Let me give a job for others. Let me do my part. By supporting of these people, I have the things that I have now. When I am talking about my country it means not talking only for myself. I want to change the life of Ethiopian people and the life of my family. Of course I cannot do things for everybody, but I try to do my part."

22.03.2010
Scottish Athletics is seeking to appoint an experienced, enthusiastic, and self-motivated individual to be the assistant team coach for a number of Scotland’s best endurance athletes.
The successful candidate will have a proven record of developing and producing high level athletes, demonstrated knowledge of long term athlete development principles and have strong interpersonal skills with demonstrated ability to build community and work closely with others This post will be based at Scotstoun Leisure Centre, Glasgow.Applications close on 31 March 2010.Click here for full job description. 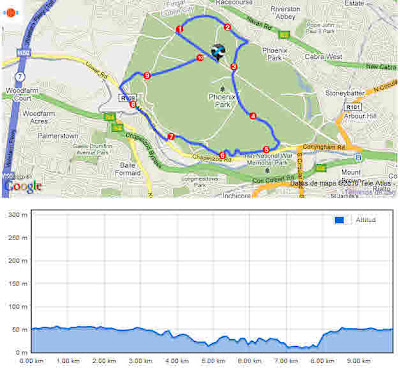 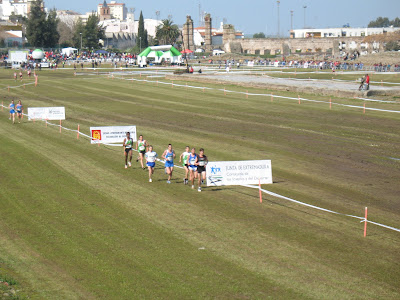 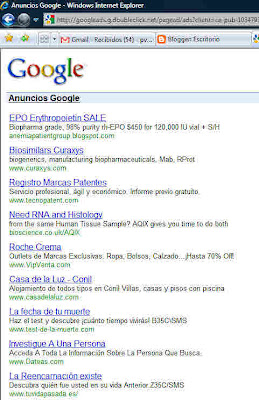 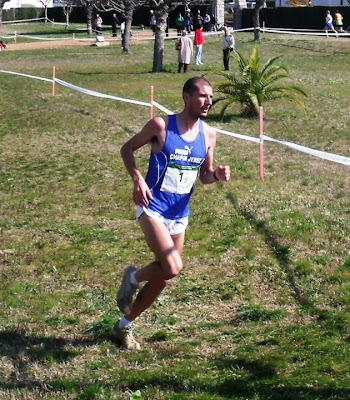 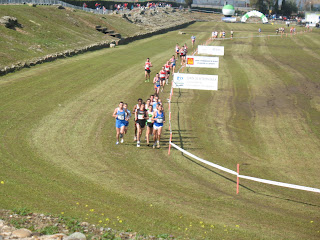 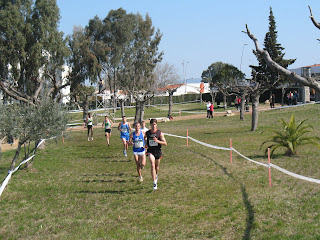 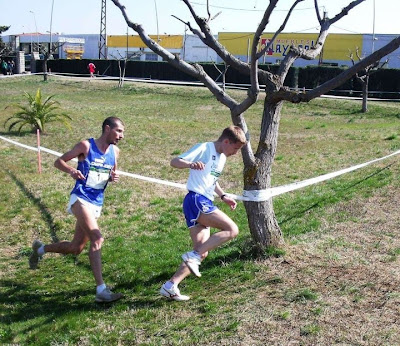 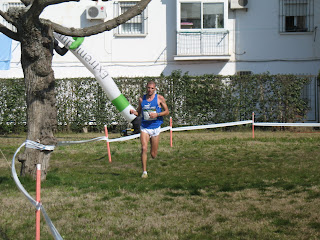 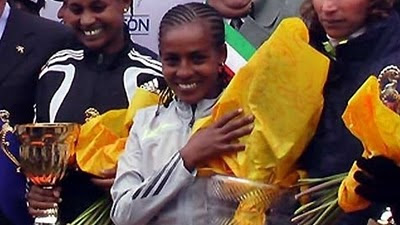 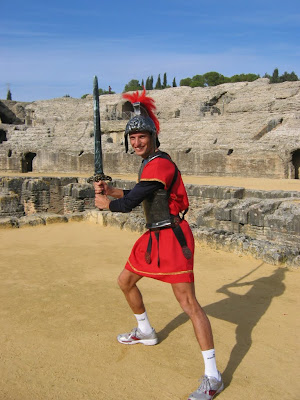 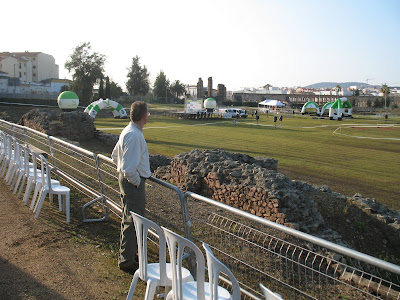 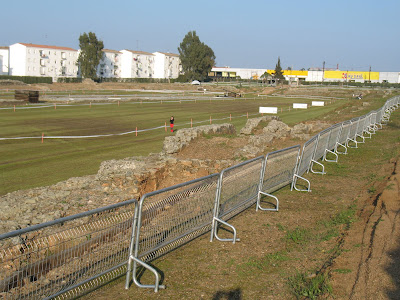 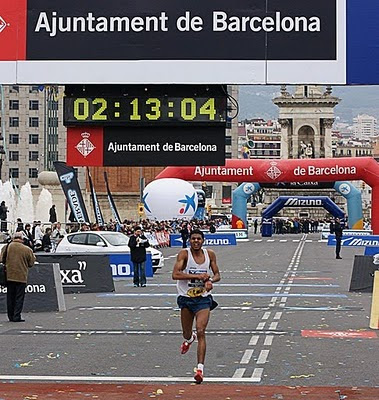 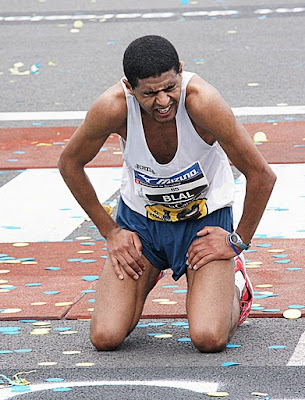 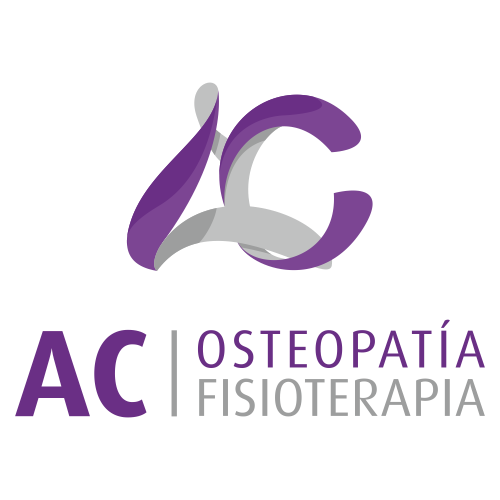